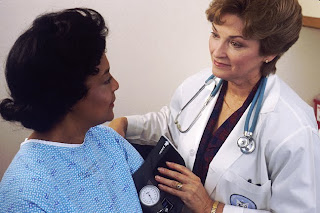 The national debate over healthcare reform has galvanized the citizenry. From coast to coast, town hall meetings have erupted into angry shouting matches about everything from socialism to universal coverage to so-called "death panels."
Personally, I think the talk of "death panels" is premature. Although health care costs are skyrocketing primarily due to a demographic shift in favor of the elderly, it’s a bit early to consider writing off our senior citizens entirely. After all, the United States is a compassionate country. Americans don’t dismiss an entire generation callously or at least not without trying other options first. Yet, given the costs involved, maybe it’s time to start thinking outside the box. Hence, the following modest proposal.
Since the primary strain and drain on the health care system comes from the elderly, we have to find a way to limit the growth of this segment of society. One way is to encourage our seniors to leave the country.
By significantly reducing social security and Medicare payments, some aging citizens will be convinced to move elsewhere to spend their golden years. Mexico, say, where the weather is more agreeable or Canada where they can benefit from that country’s system of socialized medicine. Given the net benefit to the U. S., it probably makes sense to also use positive incentives like emigration assistance grants to speed the process along.
Another approach is to gradually delist seniors. At a certain age, 85 say, seniors would simply disappear from government records. Attempts to receive social assistance or medical care could then more easily be ignored or denied by providers. As required, the qualifying (or, more accurately, de-qualifying) age would be lowered in successive years to meet ongoing budgetary limitations.
Finally, consideration should be given to reduced sentencing for motor manslaughter charges involving victims over 65. Those convicted would have their sentence set by the formula "65 minus the age of the victim" with special incentive awards given for those scoring less than zero. Not only would this approach reduce the absolute number of seniors, it would also help to ensure that only healthy, agile seniors survive thereby further reducing the strain on the health care system.
None of these measures needs to be permanent, of course. In fact, as a 59-year old baby boomer, I recommend they be implemented for a five-year trial period and revisit the issue then. At that point, it would be highly beneficial to canvass those over 65 to see if the program should be continued at all.
Posted by David Martin at 5:07 PM