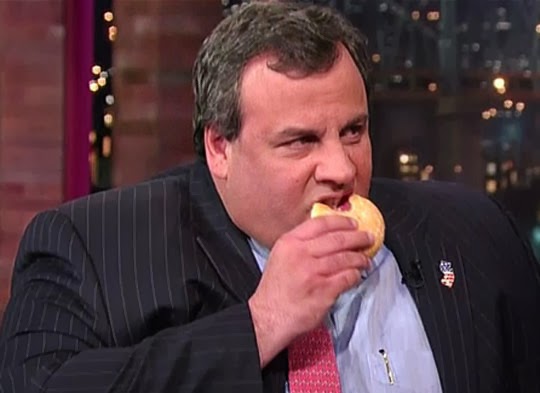 For those who might have been out of the country or trapped in traffic on said bridge, Governor Christie is in hot water because his staffers arranged a traffic tie-up on the GWB last September in retaliation for the lack of a reelection endorsement from Fort Lee’s Democratic Mayor Mark Sokolich. Although it appears that Mr. Christie had no direct involvement in or knowledge of those shenanigans, the fact that his people initiated this stunt suggests that he had created and encouraged an atmosphere of vindictive political payback.

Ordinarily, such an event would be a one-day wonder and would quickly disappear from the nation’s headlines. But in this case, the governor in question is the putative favorite to be the Republican Party’s nominee in the 2016 presidential election. Thus, this scandal has, if not legs, at least a couple of arms that could see it dragging itself along in full public view for the foreseeable future.

As a Canadian, I don’t know whether to be pleased or annoyed by America’s latest political scandal, what is sure to eventually be known as Bridgegate, Christiegate or Jerseygate. On the one hand, it finally takes the spotlight away from our foulmouthed, crack-smoking, lady-councillor-shoving Toronto Mayor Rob Ford. On the other hand, it takes the spotlight away from Canada, a country that can use any publicity it can get whether good or bad.

On balance, I think this latest screw-up is a bad thing for us Canadians. After all, Mr. Ford has managed to give us more international media coverage in the last six months than we’ve otherwise garnered in 25 years. And since I don’t see anyone else on the northern horizon who’s capable of the antics necessary to get us noticed, I think Rob Ford’s the publicity horse we should keep on riding.

The question then becomes how do we squelch the interest in Governor Christie’s mess and get the news hounds back on the trail of Mr. Ford? I think the answer lies with Mr. Christie.

All it would take is a discreet call from the New Jersey Governor’s office to the Toronto Mayor’s office asking for one small favor. The fact remains that no matter what Rob Ford does, nothing seems to affect his popularity among Toronto voters. The crazier the stunt, the better his reelection chances. In fact, it’s apparent that when Mr. Ford is  behaving himself, his electability actually drops.

A savvy New Jersey pol should be able to pick up on this fact and suggest to Mr. Ford that a few more faux pas might be just what it takes to get him reelected to the Toronto mayoralty later this coming year. Maybe he could snort cocaine while speeding through downtown Toronto on a stolen motorcycle. Or what about dropping a couple of  water balloons from the CN Tower?

Let’s face it; it wouldn’t take much to return Mayor Ford to the front pages, the supper hour news shows and, most importantly, the lead story on The Daily Show. At that point, the George Washington Bridge scandal becomes yesterday’s news and Governor Christie can get back to doing what he does best: pimp for President.

So, hey Chris Christie, do yourself and us Canadians a big favor: call Rob Ford. As I see it, it’s a win-win situation. No need to thank me. As they say in Toronto: “fuggedaboutit, eh?”
Posted by David Martin at 5:09 PM No comments: