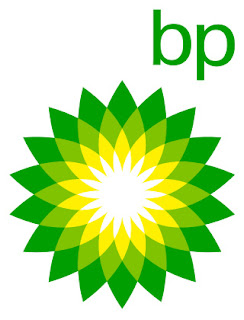 "Did I ever tell you the tale of how Brer BP outsmarted Brer Obama?" said Uncle Cheney. "It sure is one of the strangest stories you’re ever going to hear."
So the citizens gathered around and Uncle Cheney began to tell the tale of Brer BP and the Offshore Oil Spill.
"You see," said Uncle Cheney. "Before Brer Obama came along, there was no such thing as regulating offshore oil drilling. You could do whatever you pleased."
"So everybody from Brer BP to Brer Halliburton went into the ocean and drilled down thousands and thousands of feet until they struck oil. And nobody much cared if they took any precautions for everybody was happy to makes lots and lots of money."
Uncle Cheney knew what he was talking about because he, too, made money from all this drilling. In fact, when he stopped working for Brer Halliburton, he got a $34 million payout.
"Now thanks to Brer BP and all the others, there was lots and lots of oil," said Uncle Cheney. "Everybody got to drive their cars and all the oil drillers made billions of dollars."
"But then a little accident happened," said Uncle Cheney. "And Brer BP spilled a bit of oil in the Gulf and some people started to get mad."
"Brer Obama was the maddest of all but he figured he could trick Brer BP and trap him in the oil spill. And it looked like he might even succeed for Brer BP got all caught up in the spill. Brer BP tried all kinds of things to stop the oil and he told everybody that he was going to clean up the whole gulf and nobody else would have to pay."
One of the citizens asked Uncle Cheney how it came to pass that Brer BP could make such a mess. "Wasn’t there a law against that?" he asked.
"Well there used to be a law," said Uncle Cheney. "But we got rid of that so all the nice oil drillers could get on with finding more oil."
"Anyway, that’s not important now," said Uncle Cheney. "What’s important is that Brer Obama thought that he had trapped Brer BP in the oil spill and that he would finally be able to put this problem behind him."
"But that clever Brer BP wasn’t going to be caught that easily. He kept saying to Brer Obama: ‘Oh woe is me. This is just about the worst mess I’ve ever been in but I’ll do everything I can to clean up this spill. You just wait and see. Whatever you do, though, please don’t regulate me. I’d rather anything happen to me than more regulations.’
"So Brer Obama fell for Brer BP’s trick and he started to write some tough new regulations. And Brer BP couldn’t have been happier for he just told Brer Obama that with all those new regulations, he could no longer afford to clean up the oil spill. Then he quickly declared bankruptcy and walked away from that spill faster than a snake shedding its skin."
"And what happened to Brer Obama?" all the citizens asked.
"He’s still there," said Uncle Cheney. "At least until 2012."
Posted by David Martin at 8:25 PM No comments:

"Dare to be Average" now available on Amazon.com

Now you have two choices: you can order "Dare to be Average" through Lulu.com or you can buy it on Amazon.com. Just click the link on the right referring to my new book and it will take you to Amazon where you can also check out the first three pieces in the book.
Posted by David Martin at 9:17 PM No comments: