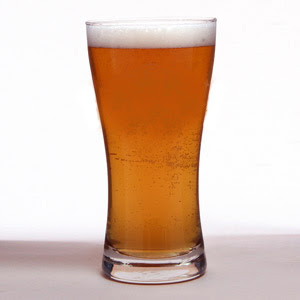 In the wake of his beer summit with Professor Gates and Sergeant Crowley, President Obama has applied the lessons learned to other ongoing disputes. Apparently, the "teachable moment" was also instructional for him.
Seldom reliable sources report that the President has already scheduled a meeting this week between Israeli Prime Minister Benjamin Netanyahu and Palestinian President Mahmoud Abbas. It is hoped that by sharing a beer together, the three leaders can come to some mutual agreement on the outstanding issues concerning Gaza and the West Bank.
Bud Light will apparently again be Obama’s favored brew. Although the two Middle Eastern leaders have not yet confirmed their attendance at the planned suds summit, both have indicated their beverage of choice. Prime Minister Netanyahu has asked for an Expanded Settlements lager and President Abbas has opted instead for a glass of wine, preferably a pre-1967 vintage.
Hoping to expand his new hops-based diplomatic initiative, President Obama has also extended invitations to the leaders of both remaining axis of evil members, Iran and North Korea. Obama hopes his new softer approach will open up fruitful diplomatic channels with the two hardline states.
Neither leader has yet accepted the invitation. However, State Department insiders have revealed that both have let it be known which brand of beer they would like to have. President Ahmadinejad of Iran has reportedly asked for a When Hell Freezes Over stout and North Korean leader Kim Jong-il will have an Over My Dead Body ale.
Obama has also reportedly invited Chinese Chairman Hu Jintao to The White House to engage in some beer-related diplomacy. The President has asked Chairman Hu to bring several billion bottles of beer with him and is hoping to unload an equal number of empties on the Chinese leader.
"We rely heavily on the goodwill of our eastern friend," said Obama. "And we’re hoping he can continue to support our ongoing beer habit. As I reminded the Chairman during our telephone discussion last week, from an American perspective, you can never really buy beer, you just rent it."
And finally, the President is also hoping to apply his new beer diplomacy to the legislative battle for healthcare reform. Unfortunately, it appears that he may have little success on this front.
Not surprisingly, most Republican members of Congress declined to share any kind of beer with Obama and many so-called Blue Dog Democrats expressed a preference for Busch Light. Thus, when it comes to healthcare, it looks like the President may have to forego his usual beer of choice and down a couple of shots of Old Crow instead.
Posted by David Martin at 6:45 PM