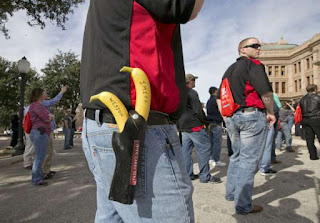 When it comes to Canada, most Americans assume that there aren’t that many differences between our two countries. Sure, we have socialized medicine, recognize the Queen of England, use the metric system and say “Sorry” and “eh” a little too much. But beyond that, Americans figure we’re basically just like them.


Well, not so fast, Americans. Looking beyond Mounties, maple syrup and poutine, there are lots of subtle linguistic differences that mark us as distinctly Canadian. Take the following examples:
packing heat:  In the U. S., packing heat means carrying a firearm. In Canada, on the other hand, packing heat means carrying a couple of hand warmers inside your gloves.
double-double:  In the U. S., double-double means two life sentences for a capital crime. In Canada, it means a coffee with two sugars and two creams.
cold one:  South of the border, it’s a name for a stiff in the morgue. Up north, it’s a chilled bottle of beer.
rouge:  Americans recognize this as a cosmetic for lips or cheeks. Canadians know it as a single point in Canadian football.
open carry:  In the U. S., this means carrying your firearm in public. In Canada, it means carrying your marijuana in public.
loonie:  Americans use this word to describe a crazy person. Canadians use it to describe our one-dollar coin.
trump:  In the U. S., trump means the President. In Canada, it means the chosen wild suit for a hand of bridge.
25 degrees:  For Americans, this is really cold. For Canadians, it’s pretty hot.
stars and bars:  Diehard southerners recognize this as the first national flag of the Confederacy. Canadians, however, know it as a northern midwinter pub crawl.
homo:  A pejorative term in the U. S. for someone who is gay. Not in Canada where it’s shorthand for whole milk.
HMO:  Throughout the U. S., this stands for a health maintenance organization. For Canadians, it’s a bit puzzling, perhaps a capitalized misspelling of the name for whole milk?
healthcare:  Americans recognize this as a type of expensive insurance carried by some. Canadians see it as a free service available to all.
heavy duty battery:  South of the border, this is a form of serious physical assault. North of the border, it’s an essential car part for winter driving.
senator:  In the U. S., a senator is an elected federal officeholder who can do significant damage. A Canadian senator, on the other hand, is an appointed federal officeholder who is generally harmless.
extra magazine:  A sometimes illegal extension for handguns to dramatically increase the number of rounds an American gun owner can fire. In Canada, an extra magazine is an additional periodical located on the table in a doctor’s waiting room.
locked and loaded:  An American uses this phrase to indicate that his firearms are ready for action. For a Canadian, it means spending the night in the drunk tank for public intoxication.
melting pot:  Americans recognize this term as a description of their country’s immigration philosophy. Canadians know it as a cooking appliance for making weed brownies.
stand-your-ground:  In some parts of the U. S., stand-your-ground refers to a legal doctrine justifying the shooting of unarmed individuals. In Canada, it means the right to argue your point of view in the face of a strong counterargument.

Posted by David Martin at 2:26 PM No comments: