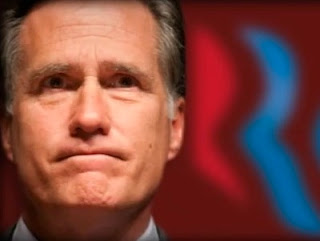 After attacking the former governor of Massachusetts for being a “moderate” – a bad word in Republican circles – the ad’s narrator says: “And just like John Kerry, he speaks French too.”
- The Globe & Mail - January 13, 2012
Politics can be a nasty business what with candidates attacking not only one another’s positions but also their traits and personalities. But it looks like the current campaign for this year’s Republican presidential nomination has sunk to a new low.
Newt Gingrich has taken off both gloves and come out swinging against Mitt Romney by portraying him as that most hated of people - a francophone. What can the former governor do now? It’s impossible to prove a negative - i.e. - that he can’t speak French. And any use of the French language would just make matters worse. Or would it?
Perhaps Romney’s best defense is a good offense. It’s time for the Mittster to go on the attack and celebrate his Frenchiness, perhaps with an attack ad of his own like this one:
Camera pans across a private library filled with leather-bound books and lights on a distinguished-looking Mitt Romney seated at an impressive oak desk.
“My fellow Americans. As I seek to become your next president, it saddens me to see my opponents stooping to nastier and nastier tactics. Rather than debate me on the issues, they are now engaging in ad hominen attacks. Ad hominen, of course, being Latin meaning attacks against me personally.
“Yes, I understand Latin; I even speak a bit of it. And there’s nothing wrong with that. It’s a dead language, you see. Contrary to the view of Rick Perry, it is not the lingua franca (there’s that Latin again) of Latin America. As far as I know, they still speak mostly Spanish and Portuguese down there.
“I have to admit that I also speak a little Spanish. Un poco, as they say, and I’m proud to own up to that. After all, our Hispanic brothers and sisters in this great land of ours make up a sizable percentage of the electorate and I’d like to think that we are sympatico.
“Which brings me to the subject of French. Yes, I do know some French. There I’ve said it. And, quite frankly, there’s nothing wrong with that.
“Much of our own American language is based on French. Take coup de grâce, for example, which is something I’d like to deliver to my bête noire Newt Gingrich this Saturday in South Carolina.
“So if one of us happens to know quelques mots en français, what’s the big deal? It’s not like that makes me an adulterer or a surrender monkey.
“I think it’s about time we celebrated a candidate’s linguistic abilities in this country. It’s time we stopped insisting that you have to be unilingual, or in the case of George W. Bush non-lingual, to serve in The White House.
“I understand some French. I can write some French. And I can even speak a bit of the language. Just enough, in fact, to tell those wine-guzzling, cheese-loving, shower-avoiding snobs to laissez-nous tranquilles.
“Knowing French is not a weakness. Being French, on the other hand, is. And when it comes time to keep those Frenchies in their place, I’ll be le president who can do it in both languages.”
Posted by David Martin at 3:39 PM No comments: