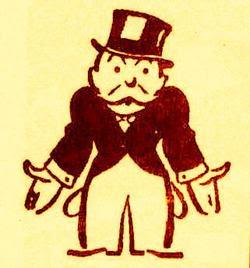 A lot of folks are worried about the debt ceiling crisis. As in, what’s going to happen if the United States defaults on its debt?
Some commentators are predicting a doomsday scenario in which credit ratings plummet, interest rates skyrocket and the financial sky starts falling. Others say that failure to increase the debt limit will lead to a worldwide financial meltdown.
But is the situation actually that dire? Not really because, after all, the United States is in debt just like you and me. And we know what happens to us when our finances go south. That’s right; we declare bankruptcy.
And that’s all that’s going to happen to the United States of America on August 2nd if Congress and President Obama can’t get a deal done. America will simply declare bankruptcy.
At first, that will sound really scary and people will be predicting doom and gloom and pulling their hair out. But once everyone takes a couple of deep breaths and a Valium or two, it will quickly become apparent that declaring bankruptcy may be the best thing that ever happened to the country.
Bankruptcy means that you get to write off your debts against whatever assets you have left. In the case of the United States, that means eliminating all that monstrous debt held by China and others and eliminating it for about ten cents on the dollar.
Plus, usually in a bankruptcy proceeding, you get to protect basic family assets like your vehicle and your home. Thus, even if the U. S. goes Chapter 12, it can probably still hold on to Air Force One and The White House.
Even if America has to foreclose on The White House, is that really such a bad thing? After all, the place is two hundred years old, is really outdated and needs a heck of a lot of renovations. Letting the World Bank or the International Money Fund take possession might actually be a blessing in disguise.
Of course, some folks in Washington may lose their jobs because of this debt default thing. But chances are that won’t happen right away. In fact, many of those holding elected office likely won’t see a pink slip until November of next year.
And before we get to that point, remember who makes the laws in America. That’s right - Congress. So if they don’t like the consequences of a national bankruptcy, all they have to do is pass a couple of laws and change the rules to favor the bankrupt party.
So don’t sweat this latest so-called crisis. Every cloud has a silver lining although this particular one may well be lined with gold at upwards of $2000 an ounce.
As always though, in the end, this situation will work out just fine, at least for America’s bankers, politicians and power brokers. As for the rest of you? Not to worry. Now that the NFL lockout is over, there’ll be plenty of bread and circuses to go around for everyone.
Posted by David Martin at 7:52 PM 1 comment:

The Will & Kate Road Show 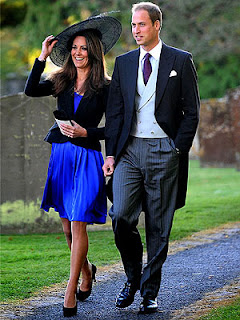 This is a warning to my American friends, particularly those living in Los Angeles. Watch out. Will and Kate are coming.
Prince William and his wife Catherine, the newly-crowned Duke and Duchess of Cambridge, have just spent the last week traveling across Canada and they’re now heading south for a three-day trip to L. A. I feel it’s my duty to let you know what to expect.
The Will & Kate Road Show took Canada by storm. Wherever they went, huge crowds gathered to greet them and more than a hundred journalists followed along to record their every word and fashion statement.
I guess I shouldn’t have been surprised by this phenomenon. As a Canadian, you’d think that I would understand matters royal. After all, Queen Elizabeth is our nominal head of state.
But I wasn’t prepared for the overwhelming reception Will and Kate received. It was like they were, well, royalty or something.
In recent years, we Canadians have been less and less enamored of the British royals given their wealth, aloofness and scandals. But Will and Kate seem to have revived our nation’s love affair with the royal family and, thanks to them, I suspect we’re stuck being a constitutional monarchy for years to come.
Which brings me to my warning to you folks. Don’t be fooled by what appears to be a simple, friendly diplomatic visit by Great Britain’s future head of state and his wife. I think there’s something more afoot here.
Have you noticed what’s happening in England lately? The economy is a mess, labor strife is rampant and the country is a shadow of its former self.
My guess is that this royal visit is a rearguard action, an attempt to undo the deeds of the American Rebellion or what you folks so quaintly call the American Revolution. England needs financial help and what better way to get it than to take back America?
Be careful. This cute young couple may seem harmless but I suspect they have a hidden agenda. Their ultimate aim may well be to regain their ancestors’ status as King and Queen of the Americas.
Let’s face it; despite your revolutionary roots, most of you still have a love affair with royalty. After all, didn’t you almost make George Washington your first king? And, like it or not, most women still grow up with dreams of marrying a real life prince.
You folks are sitting ducks or, in this case, sitting dukes and duchesses in waiting. Once Hollywood gets a glimpse of this glamorous couple, they’re going to want to adopt them and jump on the royal bandwagon. What movie star or mogul wouldn’t want a chance at nobility?
And once Hollywood is on board, the rest of the nation will follow and before you know it, you’re bowing and curtseying to kings and queens again. I’m just saying, watch out. If you wake up some day and find you’re paying a tax on your tea, don’t say I didn’t warn you.
Posted by David Martin at 9:41 PM 1 comment: