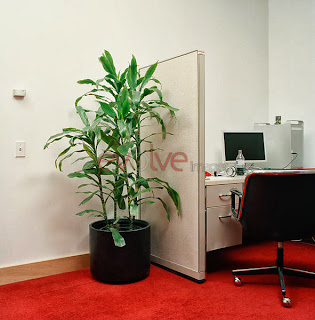 First came the budget cuts. Then came the personnel cuts. And now, sadly, the current government appears to be taking aim at the most vulnerable among the ranks of the public service: office plants.
Despite the government of the day mouthing the usual platitudes about how the plants are hard workers and highly valued, hundreds of our treasured colleagues have not just been let go; they’ve been effectively sold into slavery for a reported average price of $3.36.
Recently, more than 500 palms, ficus trees and mother-in-law’s tongues were reportedly given a green slip and shipped off to Government Surplus where they were unceremoniously sold, pot and all, for next to nothing.
Given their non-union status, these plants were understandably reluctant to speak out about this public service plant reduction initiative.
“Frankly, I’m concerned about losing my health benefits,” said one anonymous piece of greenery. “For years, I could count on getting regular checkups and, if needed, antibacterial and fungicide sprays and the occasional spritz of Miracle Gro. Now that’s all under threat.”
“I’ve been a faithful guardian outside a deputy minister’s office for years,” said one prickly ficus who asked not to be identified fearing random trimming by senior management. “If I was going to get the ax, metaphorically speaking, I would have thought that they would have at least found me a good home in the private sector.”
The private sector may be the answer for many of these plants. If they are ultimately purchased by responsible companies with effective plant management programs, this could be a healthy move for the ex-government shoots and leaves. However, it’s a ficus-eat-ficus world out there for most plants and the government security they enjoyed for so long may be a thing of the past.
Without union representation, there’s not much the threatened plants can do to fight this latest cost-cutting measure. Although most saw the handwriting on the dusty plant stand, they expected better treatment.
“We always figured we’d at least get some severance pay,” said one potted palm. “But now it looks like the only severance we’ll be getting is when they cut off most of our leaves to make it easier to walk us out the door.”
Having suffered through similar employment purges, the plants’ human colleagues have expressed support for their leafy brethren. Many, in fact, have offered to adopt a plant or two and provide the required maintenance services for no cost.
“Those plants deserve better,” said one anonymous clerk. “They’re there 24/7 and you never hear one complaint from them. When it comes to value for money, you can’t top a plant.”
There had reportedly been some talk of a wildcat strike by the plants in one large government complex. However, due to the lack of legs, opposable thumbs and any effective means of communication, the strike talk quickly fizzled out.
As with any massive government cutback, it seems like only the favorites will survive. Past personnel purges proved that the survivors don’t usually include the  best and the brightest. Often it’s simply a matter of seniority or sometimes simple favoritism.
Take, for example, the office of Liberal leader Justin Trudeau which has not unexpectedly adopted two marijuana plants, a bed of poppies and a coca plant. Some say these perennials were politically connected. Others claimed they provided special services to Mr. Trudeau which gained them favored status.
A senior manager speaking on condition of anonymity outlined what has been dubbed in-house as Project Defoliation. He says the exercise is a no-brainer in that millions of dollars will be saved and there will be little if any pushback from those affected.
“Let’s face it, these aren’t plant cuts, we’re actually cutting plants,” the anonymous source said. “They can’t speak, they can’t walk and they can’t give interviews to the media. In fact, my understanding is that not one of them is even bilingual. We should be able to harvest the entire national capital region without incident in a matter of days.”
“Like any austerity measure, we don’t want to eliminate the hard workers among our potted denizens,” said the source. “Therefore, we will give special consideration to retaining productive, fruit-bearing members of the class such as tomato plants, apple trees and maybe a BlackBerry bush or two. For the rest, however, we can’t afford to have leaf-bearing plants hanging around for years serving no useful purpose, particularly when most of them are Liberal plants.”
Posted by David Martin at 9:03 PM No comments: