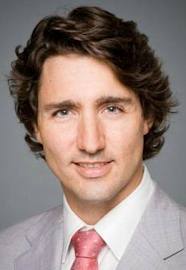 Amid all the congratulatory e-mails and letters to newly-elected Liberal leader Justin Trudeau, the following ones apparently fell through the cracks:
Shawinigan, Quebec

Dear Justin,
Felicitations. Great job in your leadership campaign. I know you were going to win all the time so it was no big surprise for me.
I think you know that I am a big admirer of your dad. He and I accomplished a lot of tings over the years and I’m sure you can accomplish a lot of tings, too.
So long as you don’t start asking advice from that clown Paul Martin, I’m dere for you. Otherwise, I think you’ll find I’m pretty busy playing golf and visiting China.
All da best,
Jean

Dear Mr. Trudeau:
Congratulations on your victory. I look forward to facing off against you in the next election. I’m sure it will be a clean fight and that we’ll get to discuss our differing views on the issues of the day.
In the meantime, my team and I would like to welcome you to what the Germans call realpolitik. You may already have noticed some ads questioning your employment  experience and your preference for Quebeckers. It’s just our way of saying “Hi and welcome to reality.”
Both you and I know that every politician says at least a few things that he later wishes he hadn’t and then afterwards finds them showing up in his opponent’s political ads. Heck, now that I think about it, I wish I hadn’t said that Alberta should build itself a firewall or that Canada should join in the U. S. invasion of Iraq.
But the fact remains that you said a few silly things and we’ve got a pile of money to spend on advertising and you guys don’t. So get used to seeing some negative ads for the next few months. Hey, it’s just our way of saying we respect you and welcome to the neighborhood.
All the best,
The Prime Minister

Dear Justy,
Hope you don’t mind me calling you Justy. I kinda like giving nicknames to folks and Trudy just didn’t seem right.
Anyway, congratulations on that leadership thing. Does that mean you’re running the country now or do you still have to win an election? That’s what I had to do although, to be honest, I did get a bit of help from some friends on the Supreme Court.
The main reason I wanted to write is because we seem to have a lot in common. Your dad was apparently the head of Canada at one time and my dad was the 41st President of the United States.
It can be hard following in your poppy’s footsteps. Some folks seemed to think that I spent my time just trying to outdo my dad. Not true. Sure, he wimped out about invading Iraq and I didn’t but I wasn’t trying to show him up. I was just doing what Poppy’s friend Dick Cheney told me to.
Which brings me to a piece of advice for you, Justy. Be careful about relying on your dad’s old friends. They mean well but it turns out that they often have their own agenda.
Watch out, too, for any siblings. If you’ve got a younger brother, say, who also wants to run for office, keep a close eye on him. He may say he supports you 110% but don’t trust him farther than you can throw him.
One last piece of advice: try to distance yourself from your roots. Believe it or not, I was born in Connecticut but folks think I’m Texan through and through.
I understand you were born in Ottawa. Nice town but I’m guessing you’d be better off presenting yourself as one of them Quebeckers. Poppy said it worked for your dad so I don’t see why it can’t work for you, too.
Best of luck,
W

Posted by David Martin at 12:08 PM No comments: