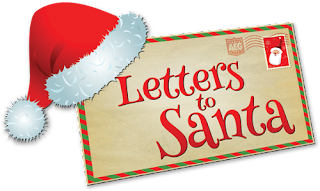 It’s December and that means boys and girls everywhere are writing to Santa to let him know what they want for Christmas:

Ho! Ho! Ho! It’s Santa Claus here and I’ve got bags of mail from children all over the world including some special letters from those living in Washington, D. C.
One little boy named Donnie T. seems to be really interested in construction toys. He asked for a wall and wants Mexico to pay for it. He also wants that new toy called Space Force and a new Attorney-General who can pull the plug on any nasty enquiries. Unlike most kids, Donnie says he wouldn’t even mind a little coal in his stocking.
A little girl named Melania T., who has the same address as Donnie T., asks me to keep her Christmas gift requests confidential. She’d like some blood red Christmas trees but number one on her list is a special Ken voodoo doll with an orange face, a blond wig and some extra-long needles.
Mikey P. also lives in Washington, apparently very near Donnie and Melania. Unlike Donnie, however, Mikey is not hoping for a new Attorney-General. What he’d like instead are some new drapes and furniture for something he calls the Oval Office.
Joey B. says he’s originally from Delaware but has worked in Washington for many years. What he’d really like is a new white house centrally located in D. C. that he can call his own. To get that house, Joey says he also needs some anti-aging cream, a bit of plastic surgery and a whole lot of luck.
Bernie S. hails from Vermont but, like Joey B., he’d like a shot at that centrally-located white house in Washington as well. Bernie says he also wouldn’t mind the anti-aging cream, some plastic surgery and maybe a new haircut.
Bobby M. is writing to me for the first time and says that he has never asked Santa for anything before but this year he really, really, really needs a few more months to finish up his collusion report. Bobby M. added a P. S. to his letter asking for a couple more cooperating witnesses and a big batch of blank subpoena forms.
Ivanka T. says she’s a little uncomfortable writing to Santa since, strictly speaking, she’s Jewish. However, she says she used to be a shiksa and therefore feels that I still owe her a wish or two from past Christmases. Anyway, all Ivanka wants is a new hubby if hers should somehow end up in prison in the coming year.
Hillary C. apparently lives in two houses but she’s not happy with the one she has in Washington. She’d really like to move into the big centrally-located white one everybody’s talking about but in order to do that, she needs Santa to give her a do-over for 2016 and maybe a ball gag for her husband.
Billy C. seems to be related to Hillary C. and apparently used to live in that big white house, too, but has some bad memories related to it and would rather not move back in. What Billy really wants from Santa is a giant can of “Image Polisher” and a big bottle of “Brain Washer” to make people forget about what he did when he lived in that white house.
Vladi P. doesn’t live in Washington but seems to have a lot of friends in the city. Vladi writes me to say that he’s really happy with the Kollusion Kit® I gave him a few years ago so he doesn’t really need a new one. What he’d really like instead is a resignation letter from Bobby M. and another chance to play with his kit in 2020.

Posted by David Martin at 3:10 PM No comments: 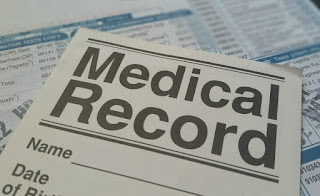 WALTER REED NATIONAL MILITARY MEDICAL CENTER
Patient Medical Record
Patient name:  Constitution, U. S.
DOB:  September 17, 1787
Place of birth:  Philadelphia, Pennsylvania
Location:  Intensive care unit
The patient is old and frail and presented with a number of serious ailments. The fact that the patient is well over 200 years old is remarkable but it appears that it may not survive much longer.
The most apparent sickness has been found in Constitution’s first amendment. Apparently the patient’s immune system has weakened to the point where executive attacks on its guarantee of free speech and a free press can no longer be defended against.
Constitution’s second amendment is also in poor shape. What was initially a limited right to bear arms has been inexplicably expanded again and again so that the patient now suffers from an acute inability to regulate and curtail the use of all manner of weapons.
A thorough examination of Constitution revealed evidence of some previous medical errors being inflicted on the patient. For example, it was seriously harmed by something called prohibition via its eighteenth amendment although luckily that was subsequently rectified by a twenty-first amendment.
Some past medical procedures appeared to have strengthened the patient’s Constitution such as the right to vote irrespective of race or sex (amendments fifteen and nineteen) and to directly elect senators (amendment seventeen). But little has been done to take further remedial steps in recent decades as evidenced by the shredded remains of a failed procedure called the equal rights amendment.
Instead, Constitution has been threatened with the possibility of harmful amendments to prohibit gay marriage, outlaw abortion, allow school prayer and insist on a balanced federal budget. The various attacks on Constitution’s corpus have weakened it so much that recently a Mr. West even urged the amputation of its thirteenth amendment in order to reinstate the possibility of slavery.
A detailed examination of the patient’s body politic revealed a serious growth in clause 2 of section 2 of its article 2, namely a slow-growing cancer that has been eating away at the appointment process of its Supreme Court. What was once a fairly civilized practice of advice and consent by the Senate requiring at least sixty affirmative votes has deteriorated into a highly partisan procedure.
Checking the patient’s medical history over the last fifty years reveals that a virulent judicial interpretative strain called originalism has infected the Court. This nasty bug has severely hampered Constitution’s ability to grow and change over time in order to adapt to new circumstances that were unimaginable 230 years ago.
In recent years, it appears that Constitution’s executive powers have grown appreciably beyond what was intended and have possibly metastasized into a national tumor. The current executive has become a cancer upon the patient who has been so weakened that it cannot exercise its inherent self-protective powers to impeach under article 2, section 4 or to remove under amendment 25.
Sadly, it appears that one major contributor to Constitution’s ill health is a congenital disorder called the Electoral College which was there at birth in the form of clauses 2, 3 and 4 of section 1 of article 2. This birth defect has apparently been exacerbated by such contagions as voter suppression and gerrymandering. In the patient’s five previous executive elections, two were won without a majority or even a plurality of the popular vote.
In the past, the patient suffered through many trials and tribulations and it was common for political doctors to say that Constitution had an inner strength and balance that allowed it to always pull through. Presently the patient is in the intensive care unit and its prognosis is uncertain. After we run some additional Congressional tests and surveys, we may have a better picture of Constitution’s possible recovery.
Posted by David Martin at 1:44 PM 1 comment: